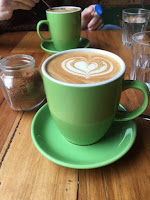 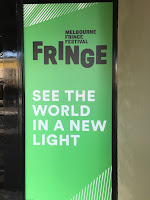 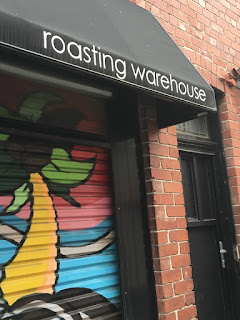 When we first heard about this opportunity for homeless itinerants, we thought it was too good to be true – friendly and engaging hosts; comfortable and spacious rooms; hot showers with luxurious toiletries; amazing mountain views; world-class meals prepared by their in-house chef – all wrapped up in mining-town chic decor. We are delighted to report that it lived up to and surpassed our expectations.

Easy to find, this jewel is located in the friendly summer AND winter playground of Fernie. We visited at the end of summer and enjoyed a late-season guided mountain bike tour on the Island Lake Lazy Lizard Trail (ask for Megan and Ali – they will give you a first class workout). If you are lucky, you may experience a night-time, outdoor-firepit-and-jaw-wag during a warm, autumn evening. We didn’t even notice midnight rolling past. Be sure and reserve a spot on the massive outdoor deck with built-in bench and comfy cushions where pre-dinner beer and wine are served – it’s sure to fill up fast! You are guaranteed to enjoy your time.


After the tour finished, Kate and I planned a few extra days in Edmonton. Staying at the Murphy's house, we dutifully abandoned them most evenings (leaving them in peace) as we caught up with other old friends. Frances, Patti and Don, Mike and Jill each had Kate and I over for dinner and a visit. Tales of what-so-and-so-was-up-to and what we know of you-know-who were exchanged, as well as our best stories were swapped … usually with glasses of wine used to help jog our memories.

Spending this time with everyone reminded me just how wonderfully lucky (it couldn’t have been wisdom way back then) I have been with picking friends. Here they all are, carrying on as interesting and entertaining people that I’m happy to still be in touch with. Aside from a few laugh lines around the eyes and buckets-full of experiences, most of them have not changed in over thirty years.

Conversely, how things have changed in this city that I once knew like the back of my hand. Some roads have been added, some taken away. Businesses that were landmarks for me have closed and the buildings have been completely obliterated, leaving me to question my memories of my youth.  As part of my trip down Memory Lane, I’ve walked or cycled Kate along the river valley, around the University of Alberta (only to find that the rickety, old, campus house that I rented is gone forever!), through Garneau and the Kinsmen Sports Centre – all the time pointing out places that held significance for me. She patiently padded along beside me and seemed curious about how my past slotted into these surroundings.

We also did some learning together by spending an afternoon at the Alberta Legislature building and grounds. We took the free tour of the building and saw some of the pomp and grandeur of an oil-rich Canadian province and learned (amongst other things) that all the marble used in the construction of the building did not come from Europe but from Quebec! Canadian marble – who knew!

We also ventured out through Elk Island National Park (doing a short morning hike and getting to see both Plains- and Wood Buffalo) and on to Vegreville and Mundare.

The Tour of Alberta is rolling through again and we are along for the ride. This is our third year helping out and we are back with much of the same crew as the previous tour. Fifty marshals are involved, minus a dear friend that left us last year.

Mainly south/central Alberta, the stages were:

Sean has driven the Team Five marshal van for two years running and loves it. There are times when he gets to whiz through the closed course at speeds a fifteen-passenger rental van really should not be driven at … with a police escort.