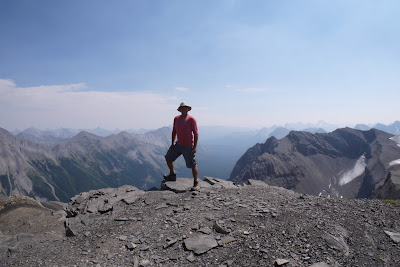 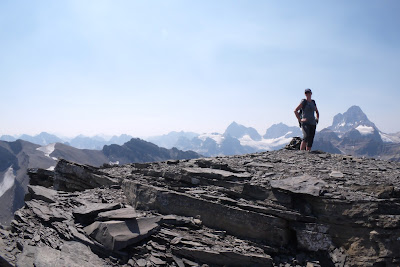 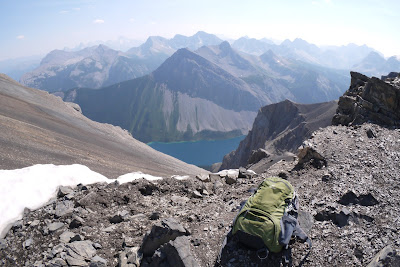 The descent was a chance for the adrenaline to work its way out of our system.  On a rough path, walking along the edge of a 100 metre drop just didn't hold the thrill it might have earlier that day.  We wound our way down into Wonder Pass started a short two kilometre jaunt towards the camp.  The huts were a welcome sight to our hot and sweaty souls.  A plunge into the icy waters Lake Magog was wonderfully refreshing.  Oh to be clean!
Posted by Sean at 11:26 AM