Here we are in Ottawa - about to embark on a week of intensive Canadian cultural immersion.  Kate is armed with her Cultural Access Pass (a perk for the first 12 months of being Canadian that gives free access to all kinds of cultural attractions) and Sean with his Capital Museums Passport which gives him access to seven museums in seven days (except one is closed!).  So here we go...


Day/Museum 1 - The Canadian Museum of Nature

As its name suggests, this museum is all about nature!  It is housed in the beautiful Victoria Memorial Museum Building which was specifically built as a museum.  Therefore, all the gorgeous mosaics, lead lighting and carvings are plants and animals.  The building was used as a temporary home for Parliament for four years after fire destroyed the centre block of Parliament House in 1916.

Divided into galleries - the Water Gallery, The Earth Gallery, The Bird Gallery, The Mammal gallery and the Fossil Gallery, it included amazing dioramas, stuffed critters and even a few live ones!  Not so excited about the rosy-haired tarantula.

We managed to lose the day in this magnificent place. 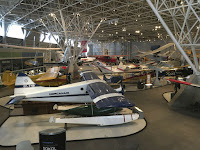 From the first flying machines to Chris Hadfield's rendition of David Bowie's A Space Oddity, this museum covers it all.   Jammed packed full of planes of all different ages and uses with videos and demonstrations.  You could check out the seating on a 1950s commercial airliner, what it was like on a Lancaster Bomber or learn how to operate The Canadarm (which is only 15.2 metres long - so the International Space Station is actually really small!).  We attended an demonstration on a fighter jet ejector seat.  Disappointingly, although the g-suit was fully inflated to demonstrate its use, the ejector seat did not leave the podium. 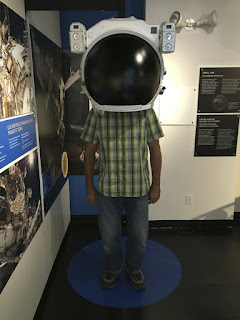 Day/Museum 3 - The Canadian Museum of History

Across the river from Ottawa, so not only is The Canadian Museum of History not in our Nation's Capital, it is in a different province!  'The other side of the river' is Gatineau, in Québec!  Despite this technicality, we managed to lose yet another day in this magnificent museum.

The museum featured a lot of indigenous artifacts and stories, arctic exploration, the fur trade and the gold rush.

They also had a fabulous exhibition of horse-drawn carriages and sleighs. The 1800s were the golden age of the horse-drawn vehicle.  Most horse drawn vehicles had a nameplate, identifying the maker – a tradition still used by car makers today.  So much for having to change from winter tyres to summer tyres, back then, they changed out their carriage for a sleigh!

Things we learnt:
Day/Museum 4 - The Royal Canadian Mint/Question Time in The House of Commons/Bytown Museum

We started the day with a tour of The Royal Mint of Canada.  Creating all the collectable, investment and special coins (the 2010 Olympic medals were minted here!) is quite the process with the Mint refining all its own metals.  Technologically, the Mint is the most advanced in the world and was first to produce 99.999% pure gold.  In celebration, they minted THREE $1 million coins!  We got to hold a gold bar (12.44kg of the gorgeous stuff) but sadly, it was chained to the table with a security guard standing by so we were unable to slip it into our pocket.

We then hit Parliament House for Question Time in the House of Commons.  Since the shooting in 2014, security has been ramped up and we had to surrender all bags, phones, jackets, etc. and pass through two security points.  Always a good thing to witness democracy first hand, even if it is a little tedious!


After lunch, we wandered along the Rideau Canal to the Bytown Museum. It traces the history of Ottawa from the construction of the Rideau Canal and the early days of Bytown to the city's emergence as Canada's capital.


This museum is part of the Central Experimental Farm run by the Department of Agriculture and Agri-Foods Canada.  The farm is fully operational right in the city!  They run a dairy herd, pigs, sheep, horses, bees and a few beef cows along with chooks, ducks, alpacas and the odd rabbit (for the kiddies to pat).  We did feel we were lacking the couple of squealing under 7s most other adults were towing around but enjoyed it all the same.  You are able to wander through the animal barns, patting some but not all of the animals.

They had an excellent pavilion on food preservation and a display dedicated to the International Year of the Pulse!

We wandered home along the Canal and past some of the beautiful tulip displays that are starting to bloom around Ottawa.  The Canadian Tulip Festival starts next week.  It is a celebration of Spring (at long, bloody last!) but also a celebration founded on international friendship with Holland.


We did some research and plagiarized Wikipedia!

Following the Nazi Invasion of the Netherlands in 1940, Queen Wilhelmina and the Dutch Royal Family were spirited out of the country to rule in exile from the United Kingdom. The following month, Princess Juliana brought daughters Princess Beatrix and Princess Irene to Canada. On January 19, 1943, Princess Juliana gave birth to daughter Princess Margriet at the Ottawa Civic Hospital, which was temporarily declared extraterritorial by the Government of Canada, to ensure the princess would hold exclusively Dutch, rather than dual nationality.

After five years in exile in Canada, Princess Juliana and her children were reunited with Queen Wilhelmina in the liberated part of the Netherlands. As a show of gratitude for her stay in Canada, and for Canadian soldiers’ role in the liberation of her homeland, Princess Juliana presented to the people of Canada a number of gifts, including 100,000 tulip bulbs. The following year, an additional 20,500 bulbs were received in Canada, with a request to plant them on the grounds of the Ottawa Civic Hospital.

Juliana, who became Queen of the Netherlands in 1948, continued to send a gift of thousands of tulip bulbs to Canada each year during her reign, which ended with her abdication in April 1980.  So, now Ottawa has an awful lot of tulips...

Day/Museum 6 - The National Gallery Of Canada

Today, we lost the day in The National Gallery of Canada.  A stunning building and a wonderful collection - from Picasso to Monet, Jane Kidd to Jackson Pollock.  (Sean knows Jane Kidd from the days of Veer...)

Sean finally got to see Voice of Fire.  He remembers the big controversy when the National Gallery purchased it. Although trusting those who curate the Gallery to make the right decisions about what qualifies as a significant piece of art, the piece didn't do much for either of us.  It is Canada's Blue Poles.

So Ottawa, it's been fun!  We are now cultured up and heading back west.

(...and if anyone actually reads this blog, please make the odd comment so we know you are! xx)
Posted by Kate at 5:58 PM