One of the reasons we thought six months in Australia was a good idea is that we would have a chance to catch up with long-time friends (notice I didn't call them 'old friends'?).  Past trips have been enjoyable but quite often a whirlwind of loungerooms, rushed meetings at noisy restaurants and all-too-brief coffee dates.  Kate has been living on a different continent for over NINE years and has watched from a distance as family, mates, their kids and parents move through significant events in their lives.  She has done her best to distract herself by marrying a foreigner starting and finishing jobs, buying and moving houses and assisting me with the craziness that is my life.  However, she wanted to be around for the routine but significant things 'back home'. 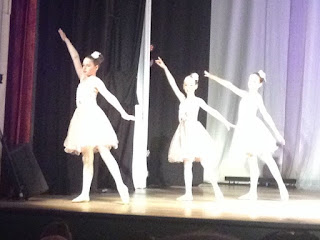 Well, here we are.  We have been part of ballet concerts, a naming day for one of her best friend's children, greatly delayed milestone birthday parties for friends, a milestone birthday of Kate's own, her baby sister's first half marathon, to help a friend deal with the news (and some of the treatment) when she found out about a reoccurance of cancer, just to name a few things that have happened in the past five weeks.  There's more events on the way, too; a nephew's 21st birthday and Christmas, and that's just what we know about so far! 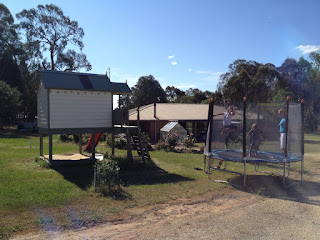 We also are enjoying having everyday time with those who are dear to us.  We are getting a chance to occupy friend's guest rooms, which means sharing morning coffee chit-chat.  We are currently out at Mansfield at The Croz Nest (Andrew's parents farm that has been inherited by him) and we are hanging out with the kids and him.  Time is spent in the shed (Aussie for big garage), around the tractor, on the trampoline with Elaina and Keara, chewing the fat with everyone after dinner and before bed.  This is where we find out about the little stuff.  We get a little bit of the family gossip.  We get to sing loudly and badly to songs that happen to be on the radio.  We talk to friends about their concerns and hopes that don't make it to FaceBook.

Even though we are definitely not settled in any one spot, we have enough time to set our suitcases down, unroll our swags and feel that we really know what is going on in the lives of our southern friends and family.