We love having adventurous friends come to town, as it encourages us to hit the trails.  Today we hiked to the summit of Fairview Mountain.  Whoever chose this name wasn't very good with adjectives ... or had never been to the summit.  The views were beyond breath-taking.  We couldn't get enough of looking around and by the end of it, we grew very tired of saying "Wow."

Starting from the Lake Louise parking lot meant that we had to be there early.  As this year the hiking (and the National Parks, in general) have been much busier, we needed to be at the trailhead by 8 am.  Luckily, we live just down the road.


We couldn't have picked a better day.
Time is running out on our summer - we've noticed the evenings turn to night much sooner and there is a pronounced chill in the morning air.  We feel like we have made the most of this season.
Posted by Sean at 6:44 PM No comments: 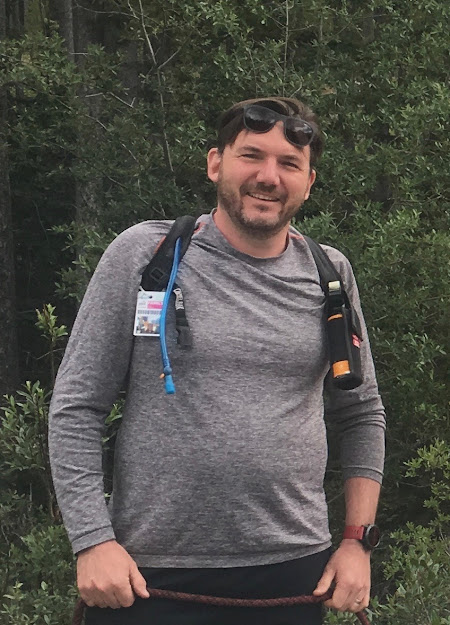 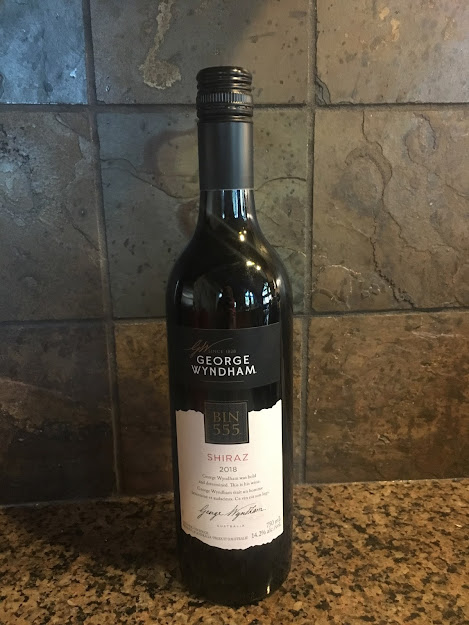 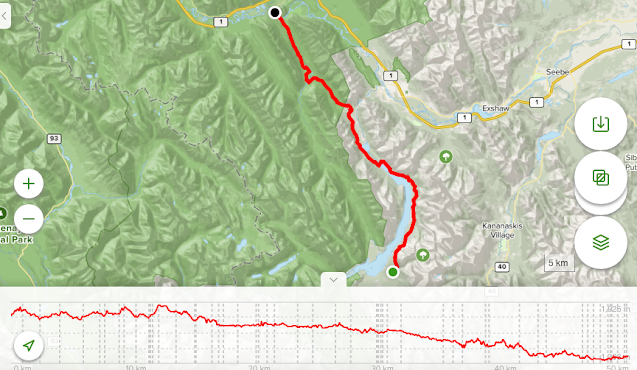 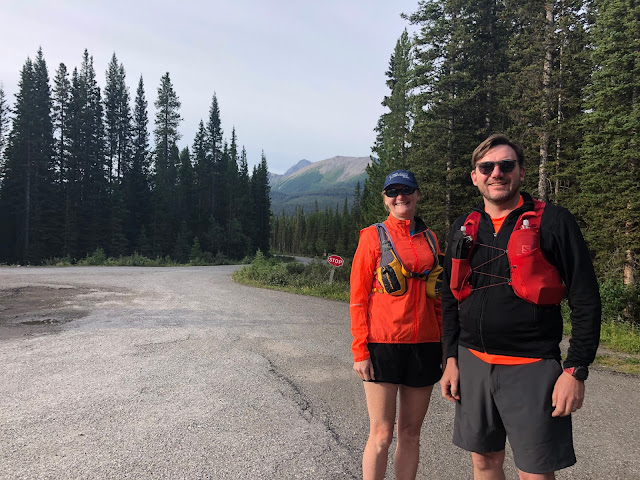 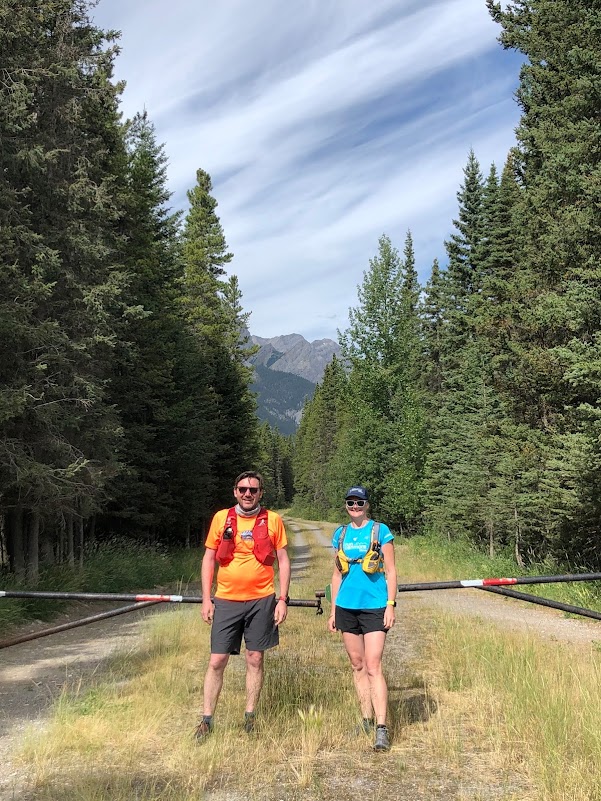 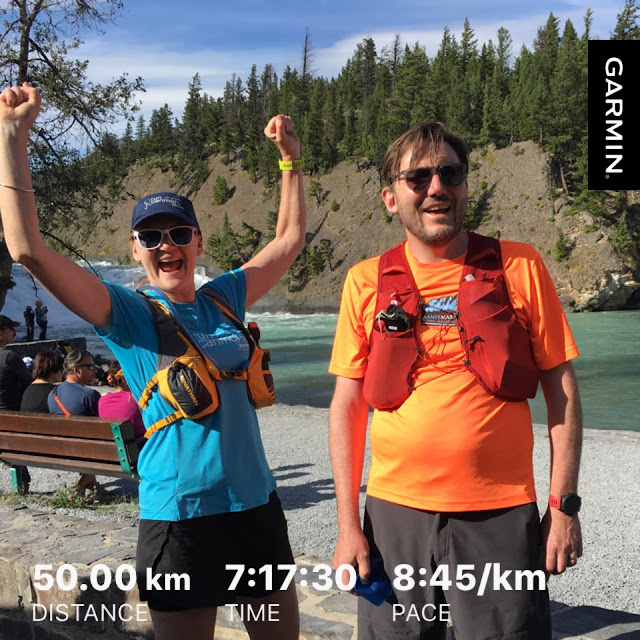 This is at Bow Falls - the 50km mark.  A lap around the parking lot was required to reach 50km. Big smiles making the end of our first ultra-marathon distance.
Nailed it!
Note to self:
Posted by Kate at 4:30 PM No comments:

After a long winter of running on snow and ice, it was with great enthusiasm I signed up for the Banff Half Marathon.  It is always a gorgeous run - along Vermillion Lakes Road, out Highway 1A to a turnaround then back, a circuit of Banff to the finish line with cheering crowds.

It is just glorious.  And it is a "destination run" so thousands come from all over the world to enjoy running in our beautiful Rockies.  Being fit and strong from a winter of running, I was looking forward to a great run complete with all the fanfare.  Then COVID struck our world...

So the Banff Half went virtual.  This means you have paid to run 21.1km by yourself on any course and, unless you finish the race and upload a time, no t-shirt for you! So dammit, after coughing up all that cash, I was determined to get the t-shirt.

But what course to run?  I considered Two-Jack Lake to Canmore along the Legacy Trail - a net downhill, some minor up and lots of flat.  I thought about running the actual course.  But when you can chose your own course, why run uphill at all or, if it comes to that, on the flat.  Let's find a course that is ALL downhill.  Being the Banff Half Marathon, I felt it was important to run it in Banff - or at least in the Banff National Park.

Now, just to step back for a moment for a lesson in geography .... the border between Alberta and British Columbia runs along the Continental Divide.  This is where the watershed on one side (BC) drains to the Pacific and the other (Alberta) drains to the Atlantic. Naturally, a high point.

Therefore, by starting my run on the Alberta/BC border at Sunwapta Pass, I could indeed run downhill for 21.1km. 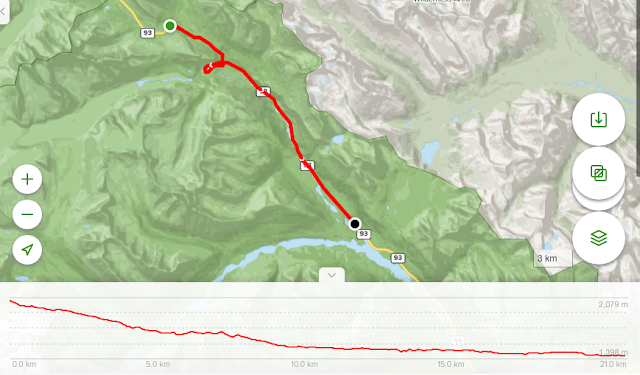 So that is exactly what I did! 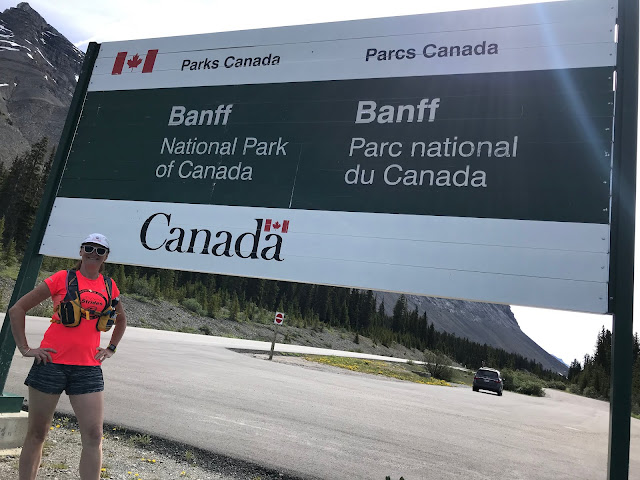 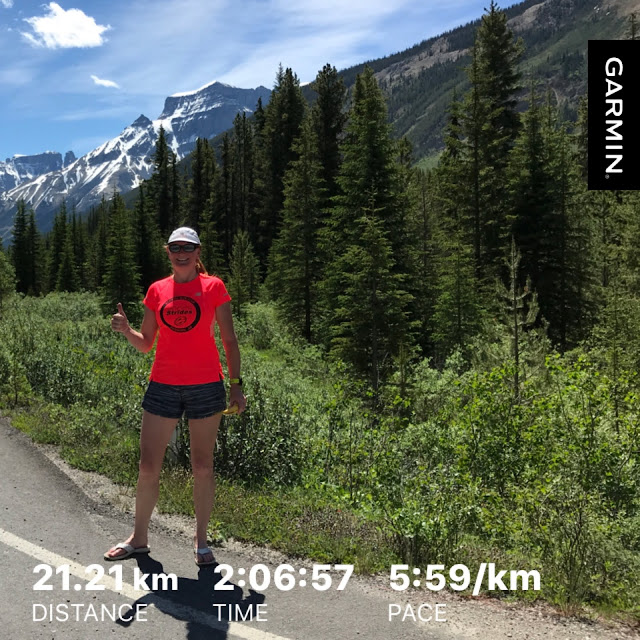 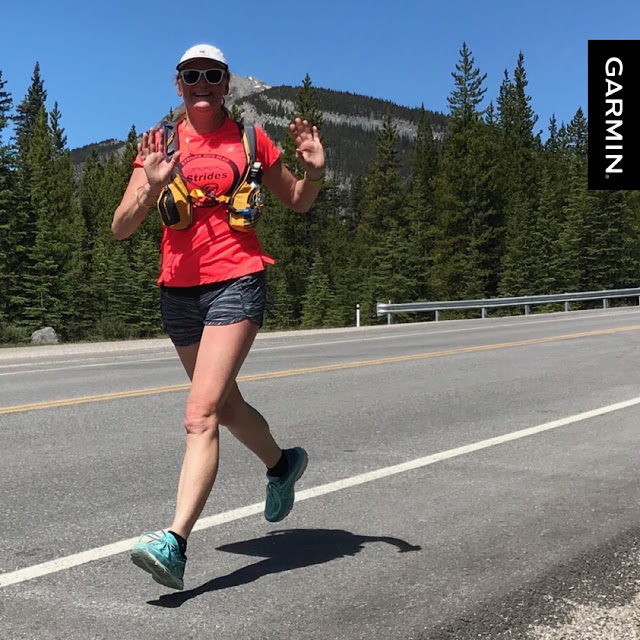 Now if only that t-shirt would arrive in the mail!

Long weekends in the mountains are for working folk.
We have learned that Canmore locals try not to use the trails, rivers, pathways or any alpine niceties when the hordes from the flatlands are released from their jobs on Friday.  What used to be a trickle of outdoorsy people that came from Calgary has become, mid-COVID, a flood of locked-down freedom-seekers.
If we have friends that suggest a weekend hike, we sigh deeply, then try to pick one of the non-popular trails ... and one that isn't just a slog through the woods.  I, personally, prefer a panorama to a idyllic lake nestled in a valley.  Also, instead of just summiting a single peak and having to turn around, I LOVE a chance to walk along a ridge, from peak to peak, coming down a different way so I don't have to see the same trail I just slogged up, in reverse.
As Kate has been doing quite a bit of trail running this year, she has inspired Gord to do a big run (a 50 kilometre trail run) prior to his 50th birthday in October.  In order to train for this big event (the trail run - NOT the birthday) they have been hitting the single track in training.  I will tag along, more often on my mountain bike but sometimes on foot.
Gord suggested we do a run this weekend and was happy for Kate to pick a good route.  Well, she absolutely hit it out of the park with her suggestion for today's outing.  Tent Ridge is not only a ridge walk, but a loop that means we are not backtracking at all.  The route was 11 kilometres of distance and 893 metres of vertical (usually a better indication of how hard the route will be than the distance).
We started early and met Gordon at the trailhead.  We decided to travel light, wearing trail running shoes (instead of hiking boots), lightweight running gear and minimal packs with only the essentials.  The weather cooperated, the flowers cooperated, the teeming masses cooperated (by staying away and leaving us with an almost empty trail) and luck cooperated by allowing us down the mountain with no injuries.