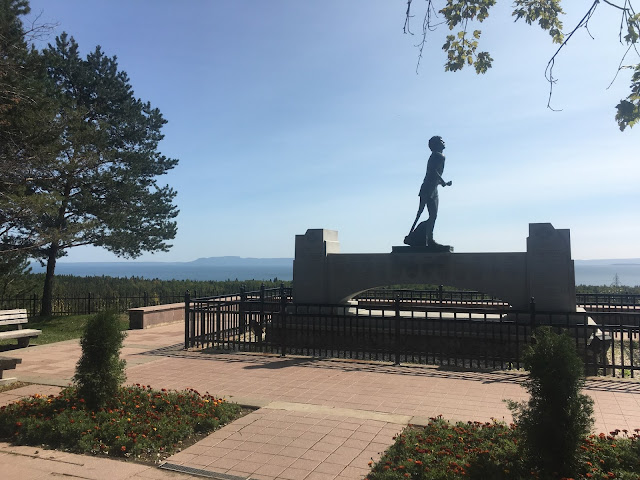 Words fail me.
A most amazing gift from my extraordinary friend Rachael.  Understanding my devastation with losing Dad, she made me a memorial quilt - sails, 'three sisters', kangaroos and a touching dedication.
Thank you. I will treasure it forever. 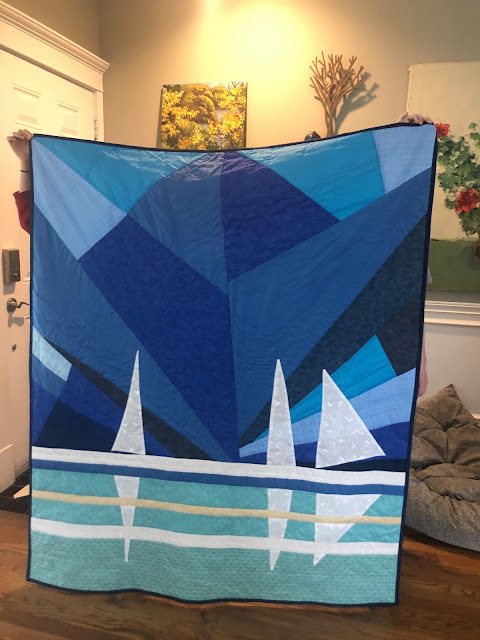 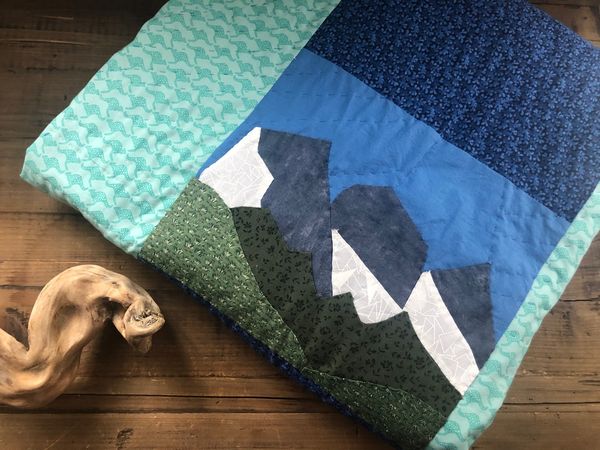 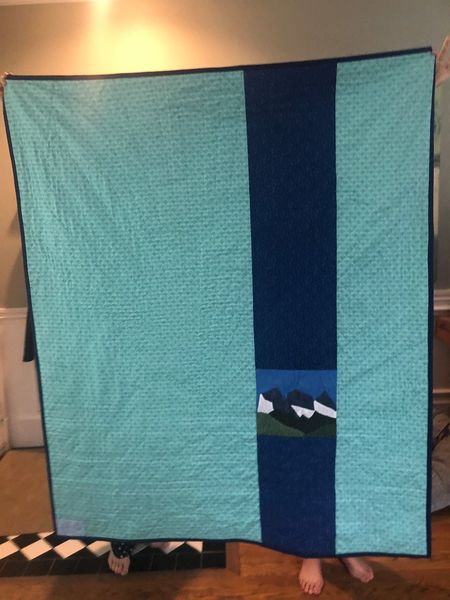 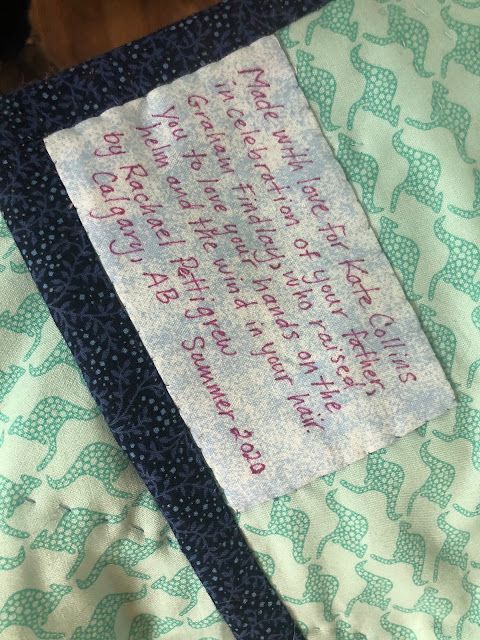 The first night sleeping in the car was supposed to be trouble-free, but ended up with us needing outside help!


We were determined to see how bad it could be sleeping with the ceiling 40 cm away from your face all night ... but in a safe environment.  A test of sleeping in the garage was proposed, so at the end of our day, we donned our jammies and toddled downstairs to the garage.

We were both surprised at how comfy the bed was and how well we slept.  There was some initial planning required as we enter and exit bed through the rear hatch, so the lack of a door handle provided a minor challenge, but we overcame that quickly (the key fob has an "open/close hatch" button).  We also wondered how long the interior lights would stay on after closing the door (10 minutes) and whether the car alarm had a motion detector component (it doesn't), but those all solved themselves and we were able to get a reasonable sleep.

The next morning, we planned an early getaway but were stymied as we had run the battery down with all our ins, outs and packing with the interior left on.  After a battery boost from our kind neighbour, we were on our way.

Leaving Calgary to the east with nothing but a geographical eastern-most limit was something we hadn't done before.  I was eager to impress on Kate just how big our country was.  On previous trips east when the girls were toddlers, we had gone through the United States to shorten the drive.  With COVID considerations and the two-week quarantine that would be necessary on our return, we had ruled that shortcut out.  We were going over the Great Lakes.

But first, there stood Saskatchewan and Manitoba.

As our mountains faded into the rearview mirror, the terrain in front of us smoothed out into the ever-vanishing flatlands.

The highlight of our 750km past trains and silos and through fields of wheat, hay and all the other grain, was the pronghorn antelope! We saw a great many of them but they are so skittish, we failed to get a descent photo. So to the internet we went!

These critters are quite amazing. One of the fastest animals on earth, they can outrun a jaguar over short distances. And what a remarkable sight with their mask-like faces and distinctive markings. Also saw moose trotting on a mission through the wheat crop.

Our first night of camping using the Honda worked very well.  We had a dry evening to set up the tent and with a chilly wind blowing through the roadside campground, we appreciated having the snug space off the "bedroom."  Our portable table and chairs fit perfectly in the tent and we we were both snug and smug as we sipped our evening tea, following a full day of driving.

It is cooling off, so we will turn in for the night and continue the drive in the morning.  800 km done but we still have a lot of Canada to cross!

With so many plans cancelled due to COVID and summer coming to an end, we needed an adventure. So we decided to drive across Canada from Canmore to Gaspésie in Québec. Not quite all the way across, we know, but certainly a respectable portion.


Our plan is to scurry across the Prairies and meet Sue and Rick at Sue’s family camp just north of Thunder Bay. After a visit, we plan to explore a couple of Provincial Parks along the shores of Lake Superior before meeting Adrienne and Ray at Adrienne’s cabin on Kawagama Lake. Following some R&R, we will continue east along the great St Lawrence Seaway exploring as we go until we run out of country at Gaspé Peninsula. The Maritimes are out-of-bounds due to COVID so Québec is our turnaround. Then it’s back to Kawagama Lake and onto Ray’s family camp in Atikokan (Ontario) followed by a trundle back across the Prairies.
Read more »
Posted by Sean at 2:27 PM No comments: